Especially in sea areas with increased traffic density and in narrow waterways, a high degree of situational awareness of the nautical personnel on a ship is required. In order to increase safety at sea, district and harbor pilots must be involved to support the bridge personnel in navigational decisions.

The name of the research project "KEI.POP" is an acronym for Korean European Innovative Portable Pilot Unit. During the project period, the South Korean and German project partners were involved in the joint research and development of an innovative pilot information system. Until the end of the project in April 2020, the Oldenburg-based Institute for Information Technology OFFIS worked closely with the South Korean research institute "Korea Research Institute of Ships & Ocean Engineering" (KRISO). Furthermore, the "ETRI" (Electronics and Telecommunications Research Institute) and San Engineering and Locomotive Co. Ltd. from South Korea as well as the German companies SevenCs GmbH and in-innovative navigation GmbH formed the consortium in this project.

A pilot today uses a portable pilot device, the Portable Pilot Unit (PPU), which accesses various sources to receive charts and key information about the ship, port of destination, and other vessels by radio communication before boarding the vessel and display it during pilotage. Interviews with users of PPUs have shown that the information available via the vessel bridge and the PPU gives an often-delayed picture of the current situation in the area due to the lack of broadband coverage of the waterways. In critical situations, for example in poor visibility conditions, navigation is carried out with good seamanship and on the basis of classic sensor systems such as ship radar and AIS (Automatic Identification System) as well as with the local knowledge of the pilots. While AIS data only provide an inaccurate  or even partially incorrect image, for example with regard to ship dimensions and draught, and also comes with a delay,  marine radars are restricted in their use by visual obstructions of other vessels, which is not the case with land-based radar images in traffic centers.

The KEI.POP project counteracted these deficits. The aim of the project was to increase safety at sea by developing a new support system for pilots, which would allow up-to-date shore-based information to be transferred to a ship without data loss or delay, even at low data rates. This is achieved by means of the Maritime Connectivity Platform (MCP), which standardized internet technologies specifically for maritime applications, thereby significantly increasing the security of ship-to-shore communication compared to established technologies. The MCP was made available to the German and Korean PPUs within the project. Pilots and nautical personnel on board will have access to current situation pictures, which will contain in particular the current traffic situation, but in future also prevailing hydrographic and meteorological conditions (e. g. current data, water levels, wind speed and direction, visibility conditions), or information on the subsequent logistics chain.

For this purpose, SevenCs GmbH expanded its PPU, which had already been tested and integrated into the commercial market. Within the scope of the project, in-innovative navigation GmbH has developed software that enables a landside radar image to be transferred from a traffic control center to a PPU during the piloting process – without data loss, in real time, and according to MCP standards. The much more accurate shore-based radar image is made available via a web service, which is accessed by the PPU, and the radar image is cleverly placed as an overly on the electronic sea chart. 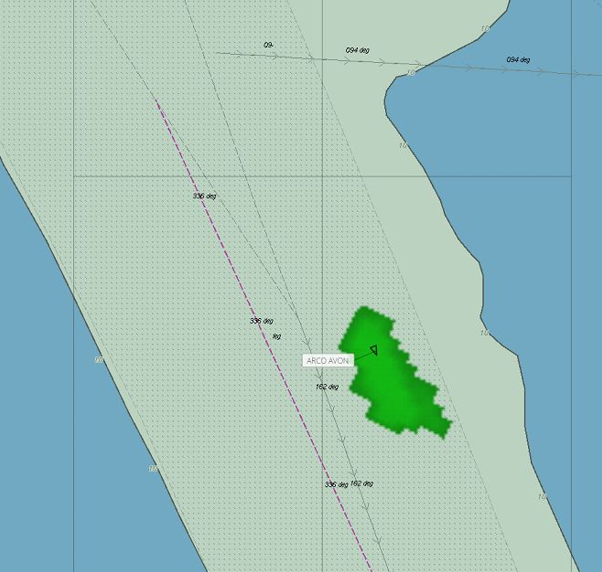 Fig. 2: Detailed view of the radar shadows over an AIS position information.

OFFIS acted as project coordinator in the research project and integrated the project results into the maritime test field eMIR (eMaritime Integrated Reference Platform) in order to test them with simulation methods (http://emaritime.de). As one of the founders of the international MCP consortium (https://maritimeconnectivity.net), OFFIS is especially involved in the conception of the identity management, which is used in the MCP to secure access to services by means of secure identity verification.

KEI.POP was funded and implemented by the German Federal Ministry for Economics and Energy (BMWi) under the ZIM funding programme and the EUREKA research initiative.